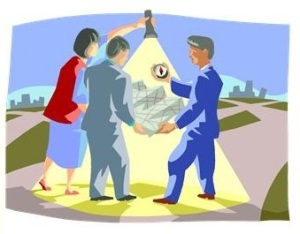 If you were to take everything in the very large Six Sigma toolkit
and try to identify the top ten most important tools, the Project Charter is near the top. A charter is just a very good description of what you plan on doing, how long it will take, who will be involved, etc.; the Charter makes sure that everyone who needs to know is aware of the project and has committed to doing what needs to be done to complete the project. Six Sigma didn’t invent the Project Charter, and isn’t the first or only methodology to use it. PMP, Prince2, Agile, Scrum… they all use the Project Charter process. Nor is there a specific format for the Charter. It’s just a few common sense steps. That’s why the process has seen around for so long and why it’s a part of so many different disciplines. Yet, many projects still fail to follow the basic ideas behind the Project Charter. You may work in an unusual environment where Charters aren’t needed, but for the vast majority of the world
a Charter makes life a lot easier. To understand why, let’s see what happens when we don’t have one.

Absent resources: Have you ever had a project where the people who are supposed to be involved never show up to meetings or do their work? You may hear a lot of excuses, but the reason is usually that they did not agree that his was their project or that it was not their priority. The Charter process informs everyone who will contribute time to the project, what they will need to contribute and what you’re trying to accomplish. If they are not in agreement or if they aren’t authorized to work on this project, these issues come out in the beginning, and not later. Some projects shouldn’t take place because the key stakeholders aren’t interested, or other projects are a higher priority. Find out sooner rather than later!

Criticism of methods: If all stakeholder are not aware of a project, they may be
slighted when they do become aware (through rumors, gossip, or otherwise by
accident). This can build resentment and someone who might have been a
supporter is now upset any may directly block you, complain about you to your
manager or just have negative conversations behind your back. These outcomes are
undesirable, but avoidable!

Territoriality: If you don’t follow a formal process, you can accidentally forget to inform or involve a stakeholder. Accidents happen. However, accidents are less likely when
you follow a process that works. Either by filling out a Charter or by meeting
with other stakeholders, these gaps are usually identified. That means that you
can avoid spending time and resources on soothing upset people.

Stuck project: Many little things go wrong and slow the project to a crawl or a stop. Because there was no time to discuss the goals at the start of the project there are
gaps, inconsistencies and differences in opinion. Not just the Charter, but the
Charter process as well, help to keep the project on track.

Blame gamers: Something things go wrong. If your team is suddenly filled with revisionists that don’t remember what you agreed to or say they weren’t there “at that one
meeting” or “you weren’t clear in how you explained that”… maybe they’re right!
That’s why the Charter clearly spells out what everyone agreed to, and then
provides a ay fro everyone to say that they agree or not (signatures!). If
someone legitimately disagrees with some aspect of the project, but they keep
signing off, it’s much easier to deal with their signing when they shouldn’t,
than dealing iwth a stalled project. If your Charter process today is just a scattering
of emails and a few meeting notes, it’s hard to say what anyone agreed to. It’s
not about blaming everyone, or about protecting yourself from blame. It’s about
eliminating the causes for blame.

Disputed benefits: If all key individuals are not involved, there can be disputes
over the methodology AND the larger goals of the project. There may even be a
lack of agreement on benchmarks (i.e. if there is anything to fix!). If
everyone understands and agrees with the goals, then everyone can rightfully
claim their share of credit when the work is done. That’s a great motivator!

Do any of these items sound familiar? Every organization has
friction, some of it is intentional. That’s why business models often create silos
that require effort to cross, limiting the opportunities for different groups
to interact, and to create friction. Natural friction should prevent projects
that shouldn’t happen, from ever getting off the ground. And it sometimes does.
But when the project should happen, you need to make sure that the normal level
of friction doesn’t work against you. Being clear and brining the right people
into the process usually goes a long way towards taking care of this. If in the
early stages of the Charter process you find there is NOT consensus on the approach
to a project or a key team member or stakeholder is causing insurmountable
opposition: STOP! Maybe this project shouldn’t move forward. Maybe there are
reasons to reconsider the project, or at least some aspect of the project.
Perhaps the project just needs to be rescheduled for a time when the problem
participant has more bandwidth.

You need to listen to objections, but also be prepared to
answer these objections. The Project Charter will help you identify these
issues early on, but you may need to offer concessions to get some approvals.
In our next Blog, we’re going to go step by step through the Charter process. You’ll
understand what you need to include and why. But for today, that’s my Niccolls
worth!