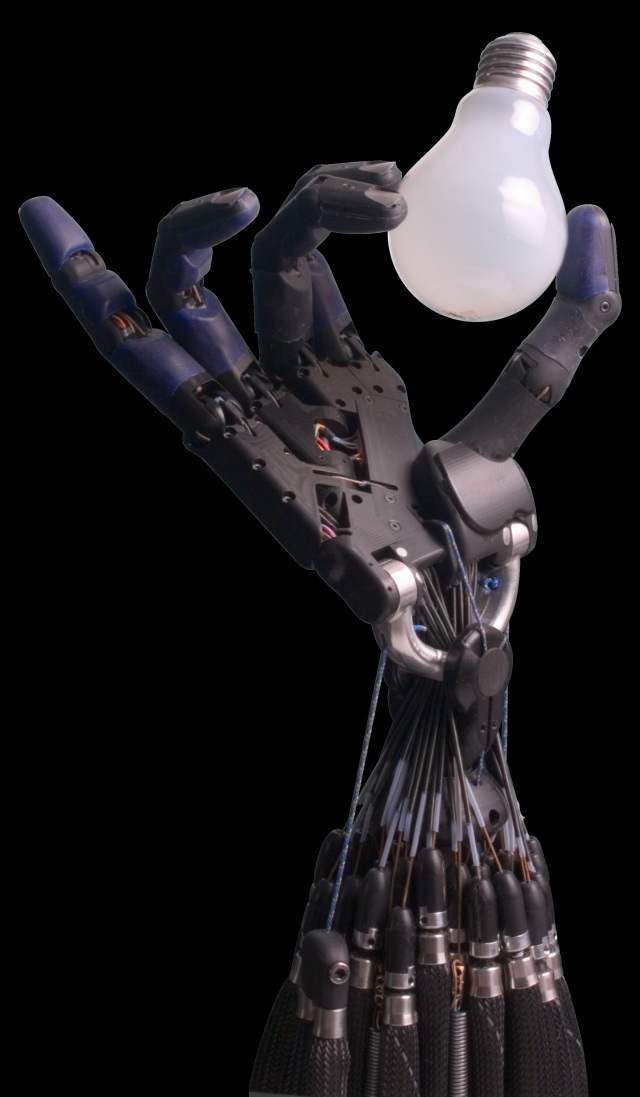 It’s the 21st century. I get it! We’re supposed to be surrounded by technology. Computers are everywhere. Of course… I still don’t have a jetpack. Or a flying car. But my smart phone is a computer in my pocket, and that’s something. What are the other big benefits of A.I. and new technology? Let’s take a look at just a few big changes that we’re all going to benefit from…

MEDICINE – Everybody hates going to the doctor. Soon, we will be able to hate going to the Robodoc. Yet, millions of patients have been treated with Robo-surgery. Consider Lasik. Originally, it was a fairly manual procedure. But technology advanced, and machines did more while doctors did less. Today, one computer examines your eye with a laser, mapping any imperfections. Then, a different type of laser reshapes the lens, eliminating flaws. It takes 15 minutes for a Robodoc to complete a very complex surgical procedure. The doctor? If he agrees with the computer’s plan, he gets to press the “go” button.

In most professions, A.I. tends to start with the simplest work. The opposite is true with surgery. “Computer assisted” surgery has been around for years, helping doctors with work that is so complex (or so small and intricate) that they must use a computer in order to perform them at all. Also, any semi-autonomous robot or A.I. may be just an upgrade or two away from working solo.

LOGISTICS – “Logistics” is a term used by big corporations, but it affects just about everyone. Logistics is about managing the flow of people, goods, and services. Getting to work in 30 minutes, rather than a traffic jammed hour, is a great example of logistics. A broken traffic light, flooded street, or just an accident can complicate your trip. In New York City, millions of people every day rely on the subway to get to work. In order for the trains to run, they rely on a signal system that is similar to traffic lights for cars. NYC’s signal system is a hodgepodge of aging technology that goes back nearly a century. And it’s breaking all the time.

It will cost $3 billion to update NYC’s subways to a computer controlled signal system. That not only reduces train accidents, it will solve many other problems. Today’s slow response time requires that trains must be at least 2000 feet apart. A new computer controlled system can react much faster, allowing more trains on the tracks at the same time. More trains, faster rides, and less crowded subways. Not a bad deal!

Consider your last plane flight. It takes too long, and there are always problems. Have you noticed that planes change direction several times during your flight? It’s not because of turbulence or weather.  Your plane needs to be tracked at all times, and it turns to stay within the range of the next radar tower. Soon a satellite and A.I. controlled radar system will be in place. The results? Fewer lost planes, and less flight time. A straighter route is a faster route, and satellite radar means flight will take a third less time. That cuts 2 hours off of the typical coast to coast trip.

TRAFFIC ACCIDENTS – Everyone knows about self-driving cars. Different versions are being tested around the world. They seem to perform as well or better than the average driver. What? You disagree? You think you drive better than an A.I. can? You might be right. After all, car accidents are caused by other people, right? Especially people that drive when they are tired, or distracted, or texting or even when they’ve had a bit too much to drink? There are 35,000 traffic related deaths and millions of injuries every year. Self-driving cars would dramatically reduce the toll on human lives.

A.I. guided vehicles would eliminate almost all driving accidents and property damage. By communicating between vehicles, cars would know about closed streets and other obstacles well in advance. When rare accidents did occur, A.I.’s would not rubberneck as your car passed the scene. A sudden winter “white out”, in a snow storm would not blind the radar and infra-red sensors on your car, and every car would stop at the same time. Even annoying drivers that want to be the last one to cross the intersection, and get stuck, wouldn’t sit in the crosswalk, obstructing traffic.

EDUCATION – Every parent has heard their child tell them that a teacher doesn’t like them. They may be right! We know from independent testing that a test scored by two (or 3, or 4, or 10) different human teachers have more variations in scoring than if two A.I.’s scored the same work. We also know that scoring tests and homework requires 40 to 60 percent of a teacher time and few teachers like doing this task.

That means that the best teachers… the VERY best teachers… can focus on teaching, not administrative tasks. Will this eliminate teaching jobs? Yes, it will. But for the children and the parents who pay for school, it means receiving a higher levels of service and greater objectivity. It also means that the cost of education goes down, and schools that have consistently resisted reform and improvement, can focus financial rewards on teachers that truly improve education.

The march of the Robot Revolution may be inevitable, but that does not mean it’s a defeat for humanity. We will be healthier, have fewer crippling injuries, better education and we can expect to live longer lives. Not exactly a bad revolution. There will be change. No doubt about it. The few items listed here are just the start. If we embrace change rather than resist it, the 21st century could be the golden age of humanity… but I still want my flying car!

This entry was posted in Improvement, Improvement, Continuous or Not, Robots, Unique Ideas and tagged Artificial Intellegence, Automation, Robots. Bookmark the permalink.