The Game Of Money Laundering, Part 2 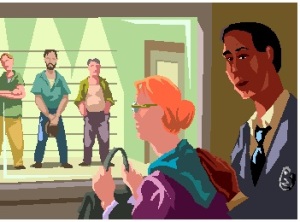 In our last blog, we discussed the origins of money laundering and how it evolved over the years. We know that when criminal organizations create big piles of money, they can’t do very much with that money until it moves from the shadow economy into the legitimate economy. The use of computers and global banking creates more opportunities for criminals to sneak money into banks and financial institutions so that they can launder the money and move it back into the economy. The new economy makes the process more complex and more difficult to follow. Still, while this may be a game of “speed laundering” it’s still the same old game. At least it was until recently. There’s a lot happening online that could create new opportunities for money laundering. Today, we’re going to look at one particular scenario that may give us a sneak peek into the future. Let’s dive right in!

The latest money-laundering schemes are driven by technology. Deals move faster and in smaller increments, making it harder for the good guys to find and catch the bad guys.  But when technology combines with innovations in commerce, we get entirely new types of risk. Consider eBay. This firm started out with an idea for a simple auction system. You have a painting that you never really liked, so you sell it on eBay and make a few hundred dollars. Why is that a problem? Well, auctioning isn’t normally a part of the world of finance, so it falls outside of most financial regulations. Add to that the incredible growth of eBay, and we have a unique situation. Old school auction houses, such as Christies and Sotheby’s have been around for hundreds of years, hosting auctions of the world’s finest art and artifacts. At the end of 2011, Sotheby’s had an auction of contemporary art with sales of $200 million in a single night. Yet, the best year for Sotheby’s or its close rival Christie’s has been about $6 billion. This year eBay will pass $150 billion in sales of decidedly more downscale merchandise. That’s more than the economies of 100 countries and rivals the GDP of Bulgaria. The “micro” auctions that typify eBay’s auction model is the perfect vehicle to launder a lot of illicit funds. Why does eBay have so much potential as a money-laundering machine? Four reasons:

Few banks are aware of the number of illegal eBay transactions or have processes that can prevent involvement in an eBay fraud. Individuals who have been scammed on eBay may contract their banks to stop a payment, but many of these crimes are not reported. True money-laundering schemes may just go unnoticed. But what if the situation is much worse than what I have described? What if eBay worked with an organization that auctioned items that didn’t exist, always used false names and wore disguises to hide their identity? We don’t have to assume. This already exists throughout the world of online gaming. Not gambling, gaming. As in elves and dragons or light saber wielding Star Wars fanatics. What’s going on here?

The granddaddy of online gaming or MMORPG (massively multiple online role-playing) is World of Warcraft (WOW). This one game generates about a billion dollars a year in subscriptions, and an unknown amount of additional money in “commerce,” from its 12 million users. If you’re the kind of person who spends a lot of time on WOWC, you will eventually need to kill an enchanted dragon or go on a quest for some rare object. To get that object you could spend months performing time-consuming tasks, or you could simply buy that object from someone. Not too long ago you would pay fantasy world currency for fantasy world products; today, you pull out your credit card and pay real money. Virtually all of these transactions pass through PayPal.

These fantasy auctions are largely innocent, criminal history tells us that every big criminal scheme was based on a smaller, earlier version. In our last blog, we discussed Al Capone’s use of prohibition to develop an immense criminal empire. We know that eBay has a history of supporting petty theft and unethical behavior, but current law holds the seller… not the auction house… responsible for crimes. Based on other crimes, it’s not hard to imagine that small sums of illicit money are moving through fantasy auctions. Role-playing sites are growing very quickly, and the opportunity to hide and launder money will grow along with these sites. The combination of MMORPG sites, little regulation of eBay and the money moving capacity of PayPal we have a platform to accomplish very sophisticated money laundering. Because banks can be unknowingly enmeshed in these transactions, financial institutions need to understand how eBay is evolving and if it is creating a backdoor for criminals to move money through international banks.

In the last century, police departments kept an eye on pawn shops to find clues about crimes and even get a jump on new potential criminal activities. Ebay has become the world’s pawn shop and will require similar policing. However, eBay, unlike pawnshops of old, has enmeshed banks and financial institutions through PayPal’s connection to bank accounts and credit cards. Over time more advanced payment systems will enter the market but may share eBay’s exemption from financial regulation. We can expect criminals to exploit any new opportunity to launder money. Will banks remain one step ahead of the criminals? They might if they examine and understand new and emerging threats to the banking system. At least, that’s my Niccolls worth for today!

5 Responses to The Game Of Money Laundering, Part 2