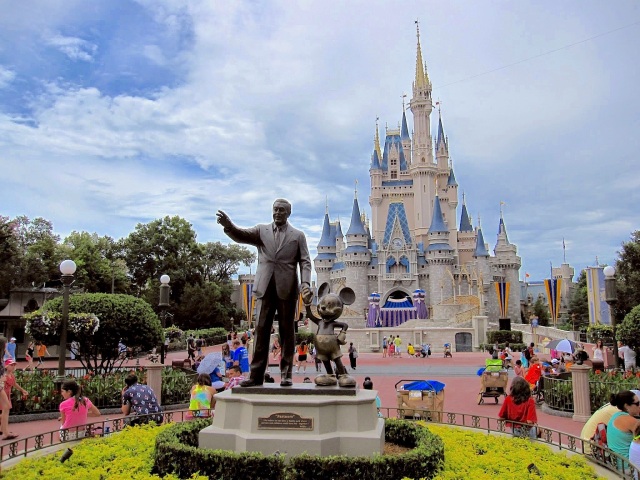 Ever since the 2016 elections, America’s outsourced manufacturing has consistently been front-page news. Most of that news has been about manufacturing. Now news stories are shifting towards the larger world of foreign imports, rather than just outsourcing. That means new policies and taxes that will impact, well, just about everything!  That means all consumer goods, cars, electronics and a lot more. But what about… cartoons? Yeah… what about the Saturday morning ghetto, Hanna Barbaric, The Simpsons, and the Cartoon Network?

There was a time where American Cartoons were one of our recognizable products. CocaCola may be America’s most iconic export, but Mickey Mouse is a close second. When not inflicting bodily damage on themselves, Bugs Bunny spoke in official Brooklynese, while Daffy Duck and the rest of the gang at Warner Brothers spread American culture around the world. Even Elmer Fudd, Warner’s double-barreled representative for the 2nd Amendment, is known around the world!

In 1941, just before the start of WW II, Walt Disney landed in South America with a whole animation team, ready to tour South America. Walt’s cover story was that he was collecting material for a new cartoon. While he eventually did release a very successful cartoon about Brazil and South America, President Franklin Roosevelt gave Walt a secret mission. By building cultural bridges with South American, he could foil a plan by the Nazis to build harbors for submarines. Needless to say, Walt (with a little help from Donald Duck and Goofy) foiled the Nazi plans. After all, Adolf Hitler never had a chance in being more popular than Mickey Mouse!

Throughout the 1950s, cartoons continued, but their golden age was behind them. In the early 1960s, something new happened. Television! As television went mainstream, networks struggled to find ways to their empty programming hours… cheaply! Cartoons used to be a part of going to the movies and were funded by your movie ticket. TV had different economics, and couldn’t afford expensive theatrical animation.

Luckily for Television, a less costly alternative… limited animation… was created. Limited animation is just that. Instead of animating the entire body of a character, just the arms, or legs or head moved. This style, developed by Hanna-Barbera (often nicknamed Hanna Barbaric, for its low-quality work) dominated television in the 1960’s. Soon other studios copied the style. The best of these (Rocky and Bullwinkle, Fractured Fairytales, Yogi Bear), focused on clever banter, rather than animation. Television animation and movie animation became two distinctly different products.

Animation prices continued to rise, leading to a new idea… outsourcing. The original outsourcing location for animation was Japan. Due to the devastation of the Japanese economy after WWII, Television developed a bit later in Japan than it did in the U.S., and it had to fill programming hours with even less funding. Japan also chose cartoons as a solution. However, while the U.S. primarily targeted cartoons for children, Japanese animation was also broadcast in prime-time. Soap operas, historical dramas, adventure, situation comedies, etc. … were all popular themes for animation, and received high ratings.

A lot of that difference was… violence! Gone were the days of dogs and cats hitting each other with frying pans. Animation was now all about giant robots, high-tech weapons, fighter jets, and exploding missiles. Although there was the occasional My Little Pony or Care Bears, it was the Transformers that stole the headlines. Through the 1980s and 1990s Japanese Anime, and Japanese animated cartoons dominated broadcast TV and new cable-based programming, such as the Cartoon Network.

By the 2000’s, the Simpsons became a staple of American TV. Animation’s new home became South Korea. For the next two decades, animation followed two huge trends. First, animation would spread to other lower-cost Asian nations, such as China and Vietnam. Even Japan would send most of their animation to neighboring nations. The second trend was the move from manual to computer animation. The first trend moved work to ever lower-cost locations, while the second trend was neutralizing labor costs.

Not surprisingly, advances in technology eventually overtook labor advantages. Now the hot new country for animation is France. By leveraging strict cost management and the most advanced technology, they have been able to consistently beat the cost of animation from Asia.

Illumination Entertainment is one of the best examples of the new animation. The studio founder, Chris Meledandri is the founder but grew up at 20th Century Fox Animation. Japanese, and later Asian, animation is often recognizable by its depiction of women with impossibly small ankles and wrists, and characters with gigantic star-filled eyes. The look of French animation is… Minions! “Despicable Me” was one a breakthrough  French/America successes. You will see the same style in The Secret Lives of Pets, Hop!, The Lorax, and Sing.

How do these French animations compare to films? Let’s compare two 2013 movies. “Turbo” (from Dreamworks) using “traditional” Asian animation, versus “Despicable Me 2” from Illumination with French animators. Turbo made $283 million and was considered a flop. Despicable Me 2 made $970 million and was the biggest animated movie of the year. This difference may not be due to just animation. Plot, dialogue, music, etc. also matter. Still, it showed that French animation has been accepted by America. Even more importantly, though, Turbo cost $127 million vs. just $76 million for DM2.

There are exceptions, but French animation is consistently turning out blockbuster films at half the price. Any method that cuts the cost of production from $150 million to $75 million is getting a lot of attention. And it raises two questions.

First, is Despicable Me an outsourced American movie or an imported French film? Whichever one it is, does it mean that Trump wants to tax it? In New York, you often have a choice of a standard movie, the movie in 3D, or a 3D plus special audio. This kitchen sink version can cost $25 per ticket. Plus popcorn. With an outsourcing tax, an evening at the movies could cost well over $150 for a family of 4.

Second, “Does animation inform us about the future of Outsourcing?” I think it does! Animation has gone through repeated moves from higher-cost to lower-cost locations, primarily based on wages. But the use of computers to draw animations may be even more important. Over the past decade or two, the big animated movies are now almost always computer animated. As automation increases, the wage element of a movie becomes less important. The cost of oversight, differences in work hours, cultural barriers, and simplifying the supply chain become more important, and work might be performed more efficiently in higher-cost geographies.

In one or two more outsourcing cycles, perhaps by 2025, we might see animation returning to America in a big way. Once you neutralize the differences in wages, talent, capabilities and other factors become much more powerful elements of a corporation’s location strategy. This same thinking led Adidas to build new athletic shoe factories in Germany and in the US, rather than in low-cost offshore nations.

Animation is leading a parade of outsourcing away from Asia. Soon we’ll see if the parade keeps marching all the way back to America. Moving high-end trade work back to America could be an important milestone in renewing a segment of our workforce that has been in decline for decades. In the next few years, there may be bigger changes in America’s workforce, but higher wages and reshoring American animation jobs is anything but “Mickey Mouse”!

This entry was posted in Uncategorized. Bookmark the permalink.