Despite Today’s Great Employment, The Future is Jobless 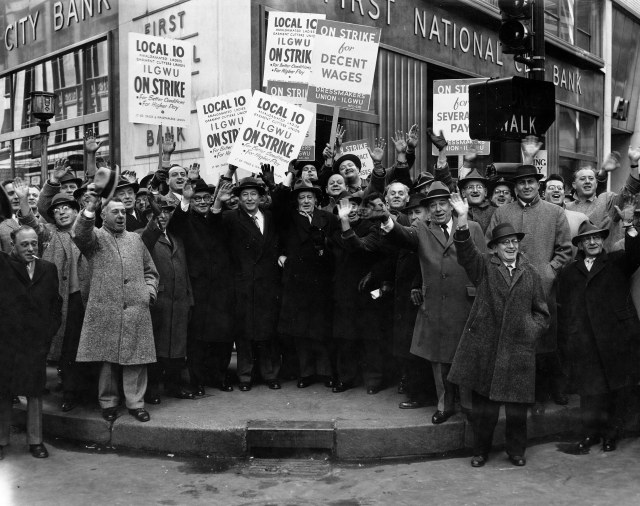 The Federal employment statistics for America have arrived for June of 2018 and they are spectacular! 218,000 new jobs were created, unemployment is low and holding at 4%, but unemployment isn’t so low that inflation is rising, and wages are largely unchanged allowing employers to keep hiring! Really good news. Or is it? Low wages are good for employers, but not for workers. Classic economics say that we haven’t achieved full employment until employers are forced to raise wages. Could the rules of economics have changed? Is it possible that these good numbers are really a foreshadowing of… a jobless future?

We’ve all heard about automation, outsourcing, and lost jobs. Experts say that half or more of all jobs will disappear in the coming years. Most jobs will be taken over or eliminated by technology, leaving few employees in the jobless future. Technology will replace old jobs, and take over new jobs faster than they are created. That’s something completely new. Unemployment rules will change, and “normal unemployment” will rise from 4% or 5%, to 50% or 60%.

If numbers change this much, the old ways of calculating unemployment or even knowing when numbers are good or bad, will need to fundamentally change. This isn’t the first time American needed to reset expectations. In the old economy of the 1970’s and 1980’s, “full employment”, the best you could expect, was around 7% to 8%. From 1971 to 1989, unemployment averaged 7%, briefly touched a record low of 4.9 and rose to a high of 10.4. Eight of those years were 7% or higher, catastrophic unemployment by today’s definition.

Today full employment is around 4%. President Donald Trump tells us that 4.0% is phenomenally low, and a great achievement. Candidate Donald Trump, however, told us that President Barak Obama had a disastrously high 4.7%unemployment rate. His point wasn’t that 4.7 was too high, but that the calculation (that we still use) was wrong. Trump has a point.

The economy has changed, yet we still use formulas from the last century, when workers were primarily full-time, male, and often unionized. Some women were full-time workers, but it was the exception, not the rule. Women were often part-time (while still a full-time housewife). Or worked full-time, but eventually quit for marriage, children, or when an older member of the family needed to be cared for. Unfair? Absolutely. But that was the reality.

Retired, full-time students, under 18 years old, or permanently disabled were removed from workforce numbers. Today, however, we have a new category of “discouraged workers”. In the old economy, union workers were frequently laid off. Many core industries… such as steel, agriculture, or automobiles… were regularly, sometimes seasonally, laid off or had their hours cut. But as union workers, they would be the first to be rehired and would receive unemployment and union compensation. Union workers would usually take their same place in a factory, with the same title, even regaining seniority and benefits.

Today’s workers are unlikely to be union members. Today, laid off means fired. You might receive some financial compensation, but this is increasingly unlikely unless you are an executive. Benefits end, there is no union pay, and rehiring laid-off workers can have negative tax and legal implications for a corporation. Re-hires have become rare indeed. That makes it difficult for the Department of Labor your intentions. A laid-off union worker wants to get back to his paid job. A laid-off worker today, especially when older, may choose to retire early, or try and fail to find a comparable job, or their occupation may simply have disappeared (at least at the old salary level).

Discouraged workers are left out of unemployment calculations. They have become the invisible unemployed. This is part of what Trump referred to. And it’s not just Trump. Quite a few respectable economists point to this invisible population. If they are right, real unemployment might be twice that of official unemployment number. But these are not the only changes impacting unemployment numbers. Consider the following…

Gig Workers: In the old economy, musicians and photographers had “gigs”. Every job was short and temporary. Even concert musicians only had a gig for the season. They had to work out the rest of the year for themselves. A concert musician might have benefits with their gig, but few gig workers have health care, paid days off, or even overtime. Today, the number of gig workers has exploded! Plus big corporations now hire many permanent part-time workers or sub-contract work to third parties (who hire part-time workers). Part-time workers were once rare, but today they are 34% of the entire workforce and will rise to 43% by 2020.

Benefits: Some full-time jobs offer benefits… time off, health care, etc. … or overtime. Benefits alone are worth 20% to 30% on top of pay. Health benefits can be worth far more in a large family or if a family member has a severe illness. Overtime pays 50% more for working more than 40 hours a week, and double time (100% more than usual) can apply on weekends and late at night. Part-time, gig, temp, self-employed, and contract workers rarely get benefits or overtime.

While Federal reports on salary do not take benefits into account, 60% of workers report that benefits and other perks are a major factor in accepting a job offer. 80% of employees would choose additional benefits over a pay raise. The reality is that for almost every family, the decline in benefits is a decline in salary.

Immigration: Many occupations… agriculture, food service, hotels, cleaning services, tourism, travel… are seasonal. Legally (and otherwise) these temporary jobs are often filled by immigrants. Back in the 1960’s and 1970’s, this usually applied to just agriculture jobs in border states. Service jobs have been America’s major growth segment for the past 30 years. The service industry depends on unskilled labor provided by immigrants. However, injecting additional workers into the workforce reduces the pressure on employers to raise wages.

Offshoring: If you can’t bring immigrants to America, you can send work offshore. Offshoring was once a time-consuming, complex, and risky process, but has become quick and easy. Every major corporation has an offshoring program that they run or that they have subcontracted out. When local wages rise, work is simply sent… somewhere else, with lower wages. Every new outsourcing project makes the next one easier and more likely to happen. Now, even if there is enough work for everyone, outsourcing acts like a pressure valve, reducing the pressure of a heated economy, and suppressing wages. This too is unaccounted for.

Automation once just happened in factories. New automation has been applied to Wall Street, law firms, hospitals, and other places with high paying, highly skilled positions. Factory workers, service workers (especially fast food), and jobs that require MBA degrees are all being replaced by robots and machine intelligence.

Reshoring: Previously offshored work is returning to America. However, returning work does not mean returning jobs. A shoe factory that offshored and then reshored work… perhaps to the same factory… will create few jobs. In order to be financially viable, that factory will now be far more automated. New factories will soon be completely automated, with no human workers.

Pensions: Pensions are a different, but important, issue. Pensions were common in the mid-21st century, but have become rare. In the 1990s 60% of full-time workers in medium and large firms had pensions, compared to just 24% today. Many who have still have pensions have had their benefits slashed and will receive far less than they were promised. Today’s retirees will primarily depend on social security. Without the resources of their predecessors, income for senior citizens is falling.

Employment and salary data, even how we calculate our wealth, has become questionable. According to the PEW Research Center, except for the very highly paid, real wages in America stalled in 1964. Buy a house or have a major medical procedure and you will learn how far your compensation has fallen behind real costs.

As our economy evolves, we need new ways to track key economic indicators. If experts are right about a jobless future, if we use the current system we won’t even know if our economy gets better or worse.

What do you think? Has the economy been improving since the start of the 21st Century? Or does the information you see on mainstream news no longer match what you see at home? Share your opinion with us!