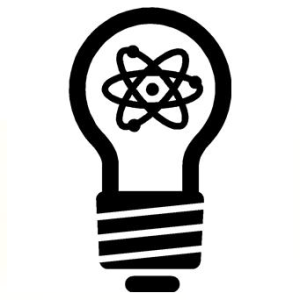 The nuclear disaster in Japan is the case study that just keeps on giving. Putting aside the policy and planning issues about the reactor itself, there is another problem, the extent of which  we still don’t know. The power plant, like many other industrial facilities, made extensive use of temporary workers. However, at the Fukushima Daiichi nuclear power plant it was temporary workers, according to the New York Times (http://nyti.ms/fEeMjR), that were assigned the ts, “thousands of untrained, itinerant, temporary laborers who handle the bulk of the dangerous work at nuclear power plants here and in other countries (are) lured by the higher wages offered for working with radiation. Collectively, these contractors were exposed to levels of radiation about 16 times as high as the levels faced by Tokyo Electric employees…”

Any way you look at it, this is a questionable practice. Even putting aside the ethical issues, can management avoid dangerous work and still really mange teh plant? Yet, the decision was to expand the use of temps  after the plan was damaged. Much of the heroism we’ve heard about in Fukushima… the desperate efforts to stop the reactor from melting down, lives potentially lost to radiation exposure, continuing to work while the reactor might explode at any moment… appears to be the work of temps.

I’ve never been to Fukushima and I certainly didn’t have any plans to visit anytime soon, so I guess I’ll have to wait for additional news from Japan to know what’s really been going on at the plant for the last few weeks. However, I wonder, exactly which functions have been given to the temps, just because they are dangerous. The most fundamental rule in  Outsourcing is that you never outsource your core. It’s pretty much the mantra of the outsourcing industry. But when things go wrong in a nuclear power plant a LOT of functions suddenly become dangerous. If all the managers can only manage “from the rear” (preferably from behind a lead wall) I’m not quite sure how the very best management decisions can be made.  We’ll see what unfolds in the coming weeks, but I’m getting the feeling that Japan’s nuclear power managers weren’t thinking about protecting their core functions when that “other” core starting having problems.

Having worked with a LOT of different fortune 500 firms I can tell you that there is little consensus about which functions are core. In many organizations, I’ve found that there is little analytic thought devoted to identifying core functions. Instead the core is usually defined by tradition and habit. What about your organization? What is the process that you use to identify your core functions? How do you decide which positions should be filled by a full-time worker, a contract worker, a temp or should be outsourced?

In the past, this question was somewhat academic. Outside of a major re-organization, this was not a frequently asked question. Today, however, the impact of outsourcing combined with the rise of Cloud-based functions makes answering this question a much higher priority for every manager. Give some thought to how you define your core functions, and we’ll revisit this issue in a few days. But for now, that’s my Niccolls worth!