The Game Of Numbers 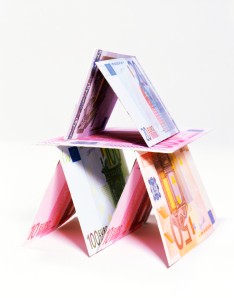 metrics and tracking systems that they need. Have you developed all the metrics you need? Does every product and service you produce have numbers that explain cost, utilization, efficiency, etc.? No? Are you finding that your biggest barrier is, “My services can’t be quantified!” While I’ve run into services that are more challenging to quantify, I’ve never run into services that cannot be measured. The confusion, most of the time, is that too many dissimilar things are being treated as the same. Of course solving that issue creates others. So, I thought I would spend some time over the next few Blogs to talk about the number side of management.

If the groups you manage work on documents, or deliver research reports, or answer IT service calls… all of these services can be quantified. True, a specific service might take 10 minutes sometimes and 30 minutes other times, but an average amount of time can be determined. When you first setting up a new metric, it really doesn’t matter if every single case exactly fits every time. You just need to be right on average. In the real world, whatever service you manage, you’ll find that some services are easier to quantify and some are harder. Seek out the easiest metrics and get them out of the way first. You are probably able to describe the time it takes to perform 70% or 80% of your work. Get this out of the way and it not only gets you ahead in reporting on your operations, but it then gives you less to focus on for your next set of metrics. You might be left with 25% of your work product that lacks meaningful time metrics. However, if you take a further look into this unclassified work, you will probably find that you can break it into two further categories: products that are easy to quantify (within a wide range), and products that are very difficult to quantify. Tackle the “wide range” issue first.

To see how this would work, let’s assume that a type of work may almost always take 10-30 minutes, but infrequently (3-5% of the time) it takes much longer, up to two hours. If you use the two hour example, you will allow far too much time for the average job, but you will almost never be late and can earn a score of 100% for “on time completion” if all work is allowed a maximum of two hours. Unfortunately, this is the method some service groups choose. It’s not the right choice, because it hides jobs with problems that should have taken less than 30 minutes, but were still “OK” if they took two hours. Always make sure that whatever metrics you use allow for a small number of late jobs. If nothing takes more time than you thought, you’re using an estimation process that is too generous and allows for a significant amount of overestimation. If your organization has complaints about work being late or taking too long, but your own metrics say you are on time and working efficiently… this is probably happening in your organization.

So, let’s ignore the outliers… for now. Tell your data collectors to tag the 5% as “special” that doesn’t require any quantification. Instead, focus on the larger minority that take longer, but not terribly longer than the majority. That now gives you three populations. The majority that takes 10-30 minutes (let’s say they are all given 20 minutes), a second group that takes longer than the average (let’s say 40 minutes) and then the third group that isn’t tracked. Over the next few weeks you will tighten up the definitions for the first and second groups (maybe they will become 17 minutes and 42 minutes), and filter the “special” group again. The combination of a second filtering process and applying what you’ve learned about the first and second groups will let you reduce the “special” group to 2% or 3%. As this group becomes smaller and smaller, it will eventually either be a number so small that you may want to leave it as “special” or once you eliminate the “noise” (cases that should be in the first or second group, or somewhere else) will be much easier to quantify.

That’s really it. When you’re told a service cannot be quantified: deal with the majority of simple cases first, break the remainder into a couple of simple “buckets” and then keep mining the most difficult bucket until it either goes away or becomes more definable. And avoid the temptation to create metrics that allows you 100% on time, 100% quality, 100% anything important… always have a few percent of error that you can mine for information on how to be more efficient. More on numbers in my next Blog… but for now, that my Niccolls worth!