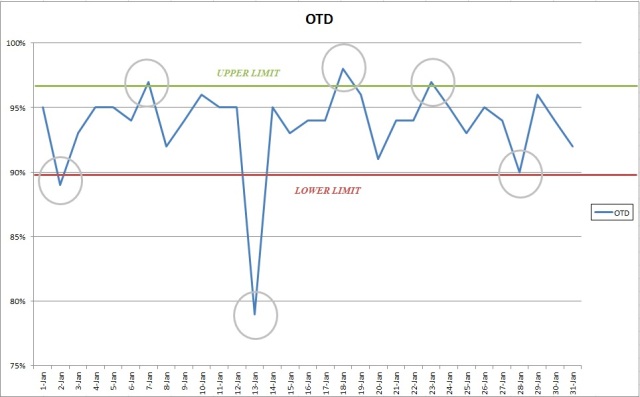 It’s been a while since we spent any time on the 4th Sigma, so let’s take a few minutes today and talk about using the 4th Sigma process to address some problems in your operation. If you’re a regular reader, you’ll know that a recurring subject is that Six Sigma doesn’t quite work for corporate services (for the list of reasons see, “The 4th Sigma: Is It Time to Rethink Six Sigma?”). The 4th Sigma is intended to be a “dialect” of Six Sigma, a very familiar set of tools, ideas and processes… but simplified and designed for managing service quality in service organizations rather than manufacturing facilities. Manufacturing facilities need to tweak processes to gain hundredths or thousandths of a percentage of improvement; corporate services still have projects on their list that can yield 5 or 10 percent changes.  When we put away our very finicky high-powered astronomical telescopes and pull out our handy binoculars, we become mobile and very flexible. So, let’s take those binoculars and see what we can find!

Time for a quick side-bar! Starting with an all-encompassing toolset and then looking for something easier to use is nothing new. Over on the project management world, the counterpart for Six Sigma would be PMP, a highly detailed project process that started in the IT world and expanded into general project management. Like Six Sigma, it’s a very good system with lots of tools, but many practitioners in the field felt that it was just too much documentation for certain types of projects (because they were small or on very tight time lines). For example, when Microsoft releases a new version of Windows, they
need to follow a very detailed project management process. Skipping steps and releasing a very flawed product will be reflected in Microsoft’s stock value within days of the software release. On the other hand, a small application for internal use by the accounting department doesn’t require the same level of documentation or internal planning. As a result of this debate, two of the newer schools of thought were created: Agile and SCRUM. They don’t really object to the older PMP thinking. They just shifted their focus to whatever generates usable code. So the 4th Sigma is coming along at just the right time.

OK, what is the most useful yet simple tool that the 4th Sigma can give you? I think the answer to that question is: P Charts! Do I hear a, “YEAH!” out there? P Charts are simple. They tell you about variability in your services. When you read professional articles on variability or P Charts it seems like it’s something only rocket scientists can understand. Not at all true! Variability is just a way of saying that there are times when your service is better and times when it is worse. However, most corporate services just report metrics on a monthly basis, blending good days and bad into a single number. Without more specific information, you’re not getting a lot of information on the variances in your services. You won’t know that services are always bad on Tuesdays between 3:00pm and 4:30PM, and you won’t know why every last Saturday of the month your service is spectacular. More importantly, if you don’t know when these highs and lows happen, you will never be able to focus on these times and find out how you can consistently exceed or fail to meet service levels. If you knew this, you could make big improvements in your operations. So, how do you find out where you should look?

It’s easy, or at least it can be easy. Let’s assume that you are already reporting metrics, such as on-time-delivery (or any metric). Let’s further assume that your goal is 95% on-time-delivery. When you look at month to month numbers, you may see something like… 95%, 96%, 94%, 95%. Looking at this you may think, “Looks pretty good! We’re meeting outnumbers most of the time, exceeding it sometimes and when we miss… it’s just by a tiny bit. Not bad!” However, the reality is that when you’re off by just one percent on your monthly metrics, it usually doesn’t mean that every day was off by 1 percent. It is far more likely that there were large changes on one or two days where this metric fell to 80% or 70% or lower. The monthly figure says that services were good and consistent, but the people who use your services remember suffering through a couple of really bad service
days. This could be happening every month, but the evidence is obliterated when you read the monthly average number. All we need to do is to look at the detailed data, and these patterns of variability will suddenly “pop.”

P Charts were invented for the industrial application of Six Sigma. Even in a very advanced Six Sigma facility (say, a car factory) not every Six Sigma practitioner is a professional statistician. The “house statisticians” would create specific charts that other Six Sigma trained managers would use to identify the specific data that they would focus on. What does a P Chart look like? It looks like today’s graphic. It’s just a simple chart that graphs day by day (or hour by hour… whatever), and then draws two lines across the chart. The
one on the top is the upper limit and the one on the bottom is the lower limit. Every day that your team performs above the upper limit is a day where you have exceeded your agreed to SLA’s; if you poke around a bit on what happened on these days, you may find a simple reason why your staff performs better. Maybe one of your managers has found a better way to perform work or a different way to staff your service. Likewise, on days when your service falls below the lower limit, a critical staff position may be missing, or someone may be working who isn’t fully trained. You just need to ask the simple question, “What is happening on these days that doesn’t happen on other days?” Collect enough of these specific “variant” days and you will find a pattern.

The only missing piece of information… is where do you draw your upper and lower limits? You need to have some limits, because you don’t have the resources to deeply investigate every slight variation from your 95% target, and days with a 94.9% on-time figure won’t tell you very much. However, since we’re talking about corporate services all of our SLA targets are going to look pretty similar. Unless you are very different from your peers, you will have SLA’s that range between 85% and 95%. We could feed your data though a few formulas and develop upper and lower ranges, or you can just follow the chart below. If your SLA is:

It’s that simple. The range of the upper limit is smaller just because there’s much less headroom up there (and more room below the lower limit). We’ll spend more time on pursuing P Charts in another blog, but if you just do this much, you’ll be on your way to identifying and eliminating sources of variability. At least, that’s my Niccolls worth for today!