How The Outsourcing Engine Will Change The World

In our last blog, we looked into how robots and learning machines are positioned to take over professional jobs: doctors, lawyers, and corporate MBA jobs. Advances in learning systems allow robots to learn the same way humans do, by reading and by doing. Advanced robots are paired with experts. The expert gives the robot work assignments and gives feedback on the work. All in plain English (or French, or German, depending on the expert). Just like an apprentice,  the robot’s work improves with every assignment and soon looks like the work of the expert. But is it not just learning to copy a specific document, it is truly learning about what makes an expert, an expert.

An example of these learning systems is IBM’s Watson. Watson first rose to the public’s attention when it won the game show, Jeopardy. If you’re not familiar with it, Jeopardy is a knowledge contest, often involving obscure knowledge that also requires interpretation of a pun, an inside joke or an intentionally twisted turn of phrase to choose the correct answer. Since computers can’t understand a joke, a computer can never beat a human. Or so the logic went, until February 14th, 2011 when Watson trounced the world’s best Jeopardy players.

That’s impressive! But winning a good game isn’t the same as working in a real job. That’s why IBM took it’s learning system and let it teach itself to be an expert in… Oncology. In a year, Watson had completed medical school and was ready to advise experienced cancer specialists at the world best-known cancer treatment center, Sloan Kettering. Watson does what mere humans cannot do, Watson reads (and understands) every single document written on cancer treatment. Watson can (and does) read millions of individual cancer treatment records, tracking and analyzing every patient and learning when a treatment works or doesn’t (do specific genes, medical histories, previous illnesses, family histories, and other factors correlate with better recovery?).

NEW ROBOT CAPABILITIES: Watson can identify, better that any doctor on earth, the specific relationship between every patient and factors for cancer remission. Even more importantly, Watson has moved beyond just mimicking the best practices of its teachers, it is creating new methodologies of its own. This robo-doctor never forgets a scrap of patient history, always remembers treatments that will improve recovery, is completely up to date on every article ever written, and every new drug and treatment that is available… and now it is developing new treatments that other doctors have not discovered. In a few years, if you have a terminal disease would you want a robo-doctor or a human doctor that can be impatient, forgetful, and have other interests than just the patient?

You’ve heard it all before. Robots are coming for your job! Luminaries such as Elon Musk and Steven Hawkins are convinced that the robots want more than your job. They think robots are going to replace the human race. Maybe they will, but not today, and not this week. It’s going to be quite a while before robots will benefit from ambition, or desire or anything else that leads to THAT kind of revolution. The issue that we are facing is that robots are about to do the work of knowledge workers.

Old robots could follow rules and instructions, but they couldn’t innovate. They couldn’t make a decision or come up with any answers, they could just repeat what they had been previously programmed with. New robots are designed to go beyond their programming. They make decisions, they innovate, they take actions (and come to conclusions) that they were not programmed for. If the last generation of robots and thinking machines took over simple jobs, the new robots are being designed to take over for managers, college educated professionals, doctors, lawyers, and especially MBA’s. The last wave of outsourcing and automation is still going on, and new technology is pushing job replacements to a new and much, much higher level.

In a moment, we’ll go into the details of how capable these robots are. First, however, we need to dispel a misunderstanding. All of this talk about robots taking over sounds far-fetched and clichéd. Probably because Science Fiction writers have been saying this for almost a century.   And it hasn’t happened yet. Well, sci-fi writers come up with some pretty good ideas; after all, their job is to think and write. But if you read the best of these sci-fi stories, they placed the revolution into the future. Usually, the 21st century. Still, rather than relying on science fiction, or “futurists” or even the scientists and economists that have joined the chorus, you might want to look at history. History? Yes, history. Surely, you did think this was the first time almost every job in America was taken over by machines? Here’s a quick history lesson.

(UN)EMPLOYMENT IN AMERICA: There have been several revolutions in how we work, mostly driven by new technology. Back in the 1980’s a futurist by the name of Alvin Toffler wrote a series of books about how this cycle of technological change works and how it would affect the future (well, that future is now our past). The key phrase from those books, which has become a part of our culture, is “The Third Wave.” The type of robots and learning machines we are faced with today are the beginning of “The Fourth Wave”. Here is a short version of the theory, as it applies to America.

The evidence of acceleration in job replacement is there, yet very few consider the increasing speed of job conversion when they discuss the robot revolution. Just like a wave on the ocean, the faster the wave the greater the impact! Knowledge jobs are no less important to our economy than factories or agriculture was to previous economies.  Yet, previously dominant sectors are gone. Forever. The same pattern has played out in England, France, Germany, and other developed nations. And each wave has had political consequences. The second wave created the Russian revolution and Nazi Germany (and Nazi Italy, Spain, etc.); post-war industrialization caused a need for oil and the rise of the Middle East. The third wave initiated the collapse of the Soviet Union and the fall of communism. If that’s not enough to think about, consider China.

THE FOURTH WAVE: Until the 1980’s, China was a communist nation with an agricultural economy. China then initiated a series of changes to, join the West. Technically, China is still communist, but they act like the world’s largest Capitalist economy. Since the 1980’s they have been racing to modernize their economy. As a result, China is the largest component of the “Outsourcing Engine” providing, food, manufactured goods and (more recently) financial and information services. China needs to move its internal job market upscale, AND it needs to continue taking over western jobs. How effective is China at modernizing its labor market? In 1980, 70% of Chinese workers had farm jobs. Today, 35 years later, it is only 30%. In another 10-15 years, only 5% of the employment will be farm jobs.

Love it or hate it, that is a seriously impressive employment accomplishment! It is also further proof that each wave moves faster and hits harder than the previous wave. What is not so obvious is the true scale of the change in China. In the US, agriculture gave way to manufacturing when America had a much smaller population. US agricultural employment never exceeded 40 million jobs in total. In China, where the population is over a billion, there were over 600 million farm workers. China has eliminated 320 million agricultural jobs in just 35 years.

That’s more than the entire population of the United States. In fact, if you eliminated the entire labor market for the US, it would just be 161 million positions. We would need to eliminate every job in Germany, France, Italy and the UK, and we should still only reach 290 million. If we then eliminated the labor markets of Norway, Sweden, Ireland, Belgium, Denmark, Finland, Slovenia and Slovakia, we match China’s accomplishment. Or half of it.  China then created another 320 million jobs to replace the ones that went away. When the fourth wave hits America, we don’t have a plan for replacement jobs.

China is just now entering the US and European Banking, Insurance and Financial markets. The three largest banks in the world are Chinese. We can expect China to be as aggressive in pursuing growth in Western financial markets as they have been in their other fields in their home markets. The US or Europe might hesitate in using the latest robotics and learning systems technology to improve the efficiency of financial services. China, however, will not. China needs an advantage to break into our financial markets. Even if Chinese banks are slow to adopt robots, Chinese outsourcers must be aggressive. Our banks, Chinese banks, Chinese outsources… and many other parties… are all components in the global “Outsourcing Engine”.

Any one component of the outsourcing engine may fail to fully utilize an opportunity. But it is rare indeed that every component ignores a significant opportunity to do what the engine does, convert domestic employment into something more efficient or less expensive. The engine creates a “pull” or a “push” on one side, resulting in the opposite effect on the other side, driving the engine forward. If a new outsourcing or automation technique arrives, it automates away the position or pulls it offshore. If there are cost pressure domestically, if the economy drops or if a position is hard to fill (and the salary rises), there is a push that moves the position offshore or adds technology to make it more efficient/lower cost.

Knowing all this, is it still so incredible that an army of intelligent robots (quite possibly made in China), will hook up with the Outsourcing Engine to eliminate a mere 62 million US jobs over the next 10-20 years? Is the number too high? Is the time too short? Or is this a logical, straight-line projection, based on similar sequences of events in several previous economic periods? Will the fourth wave be just another hollowing out of the “core” of our economy? 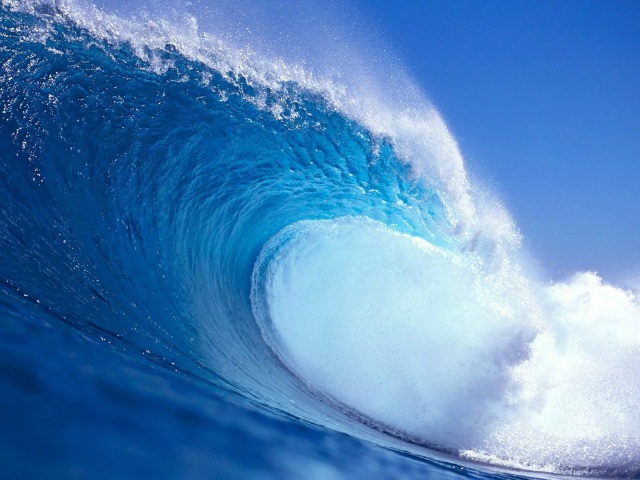 The fourth wave is almost here, and it will indeed sweep away these jobs. It will happen so swiftly that we don’t be able to replace these jobs as quickly as they disappear.  Some pundits say that at least some can soften the impact by getting yet another degree, and maybe yet another a few years later. That might work for a small number of workers, but for a generation that has been crushed by the cost of student loans, that might just buy a little time without improving their lives, or they financial situations. There is, however, one possible way to escape the robot revolution.

This revolution is one of the two great economic disruptions of the 21st century. The other great disruption is the collapse of the environment. What if, just possibly, these two great disruptors… just one of which could cause the collapse of our economy, could work together to save our jobs and the world? That’s right, in our next blog I’ll show you how two wrongs are going to make a right! At least, that’s my Niccolls worth for today!

What do you think? Do you see a different trend, or are yo aware of a technology that could lead us into a different future? Let and the readers know… or just contact me with your ideas!